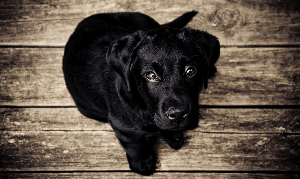 When a dog bites or otherwise injures someone, the victim may have an understandable desire to seek a legal remedy for the injury suffered. Because of the pain and expense of dog-attack injuries, states have established a series of dog-injury statutes that govern liability and prescribe how victims are protected.

Below is more information about dog-bite and -injury laws and how they affect both dog owners and the victims of dog attacks.

Though each state has its own specific laws, state laws can all be grouped into one of two broad categories. Thirty-two states have crafted statutes that hold owners of dogs to a strict liability standard. The remaining eighteen states have a “one-bite” standard that governs liability in the case of dog-related injuries.

For those states that adhere to a strict liability standard, the overriding principle is that no matter the owner’s knowledge or intent, there is unquestioned liability for each qualifying incident where their dog causes injury to another person. That means there is no “free pass” or “warning” exemption for a dog attack.

On the opposite end of dog-bite law from the strict liability states, “one-bite” states are more forgiving of owners who have a dog that causes harm to a person. Essentially, the law says that unless owners know their dog is capable of causing harm, they aren’t liable for injuries the dog causes. Hence, one bite is considered to be free, but it is also enough to place an owner on notice.

Establishment of Liability in Strict-Liability States

Even in strict-liability states, there are multiple tests that determine whether a dog attack makes the owner liable. The content of these tests can vary depending on the specific state, but they are generally composed of all or most of the following elements.

Is the injury suffered within the scope of the law?

In most states, dog-bite laws don’t require the dog to actually bit the victim for an attack to qualify as an injury incident under the statutes. However, there are some states in which the injury must be an actual bite. For example, New Jersey law specifies that only bites are covered under state statutes concerning dog injury liability.

Does the dog in question belong to the owner?

There must be clear ownership of a dog that bites another person before the accused becomes liable under a strict-liability dog-bite statute. That means if a stray dog is wandering on another person’s property, then the property owner cannot be held responsible. Of course, if a person begins feeding a stray dog and taking its care upon themselves, then a court is likely to recognize that person as the legitimate owner.

Did the victim incite the dog to bite or attack?

Another test is whether or not the person who was bitten provoked an attack through their actions. Taunting or teasing a dog, for example, is going to be viewed as provocation and lessen the chance the dog owner will be held liable. However, merely petting a dog in a non-threatening manner will not be viewed as provocation by most reasonable observers, and in such a case the court is probably not going to release the owner from liability.

Was the person bitten in an area where they were lawfully permitted to be?

This last test releases dog owners from liability in cases such as a dog attacking a burglar. A person attacked by a dog must be able to establish they were in an area where they were either invited or otherwise legally allowed. This would include most public spaces as well as on the private property of the dog owner if an invitation was extended.

It is important to note that dog-bite statutes do not supersede or make other liability statutes null and void. Even if the damage or injury caused by a dog can’t be considered under a dog-bite statute, there are still legal remedies that can be explored by an aggrieved party.

As a result, regardless of how you have been injured by a dog, it is critical for you to seek the legal guidance of a qualified attorney. They can provide you with options for recovering damages that may or may not be directly related to dog-bite liability laws.