What Cyclist Need to Know About Driver Liability and Fault 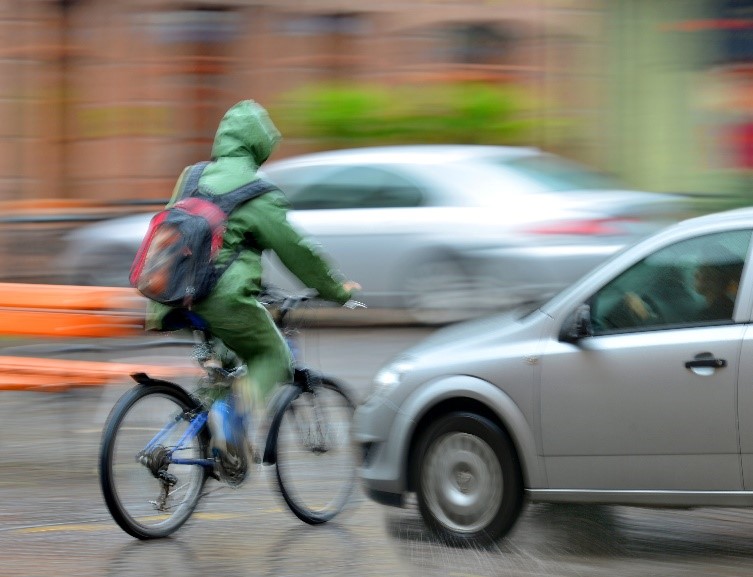 If you’ve been involved in a car accident as a cyclist, you most likely have injuries, some of them severe since cars can do so much damage to cyclists due to their greater size and speed. If the accident was not your fault, you are entitled to seek compensation for your medical bills, lost time at work, and pain and suffering.

However, determining who is at fault for an accident can be tricky. You’ll need a competent lawyer on your side to help you gather evidence and prove that you were not at fault for the accident. Don’t try to negotiate with the driver or their insurance on your own — rely on a professional for this complex task.

Here are a few scenarios for how the driver or a third party may be at fault for the accident that hurt you. Your attorney will help you gather evidence to show which scenario is the correct one in your case.

Drivers are responsible for the safety of others on the road, but they often forget that automobiles are not the only vehicle on the road. This forgetfulness or carelessness leads to accidents because drivers neglect to check for cyclists who are turning on the shoulder of the road when making a right turn and turn right into them. Drivers forgetting to check for cyclists before turning is both very common and very dangerous for cyclists.

Drivers could also be at fault for an accident when they:

Drivers can also injure cyclists with typical driving mistakes, such as misjudging the speed of a cyclist when trying to turn left in an intersection, running a stop sign, or braking too late when stopping behind a rider. Finally, a driver in a parked car on the side of the road may open their door without checking and hit a cyclist, which can also result in injury at the fault of the driver.

When you work with a qualified attorney, they will help you gather evidence, which may include traffic camera footage, police reports, witness statements, and your medical records. This evidence will help you and your attorney make a case that the driver committed an error like the ones listed above and is therefore at fault.

A third party can also be responsible for injuries in a bike accident. For example, a city might be responsible for damages if there was a large pothole in a bike lane that forced the cyclist to swerve into the car’s lane. If signs are missing or traffic lights aren’t working properly, any accidents that result would be the fault of the community responsible for maintaining them.

Manufacturers can also be held responsible for injuries. If a bike part malfunctioned or if a car was not properly serviced and these directly resulted in the accident, your lawyer can help you get compensation from these companies.

Sometimes both a driver and a third-party hazard may be at fault for the accident that hurt you. In this case, the two may split the blame and both owe you compensation for your injuries. If you work with a qualified attorney, they can help you get the compensation you deserve from all parties responsible for the accident.

Determining who is at fault for an accident is no easy task. Even if you have severe injuries and the driver has none, that doesn’t mean that you’ll automatically get compensation. You need to be able to show that the mistakes of the driver or a third party caused the accident that hurt you.

Don’t try to win compensation on your own. Rely on a qualified attorney during this challenging time, and you’ll reduce your risks and get the best chance of getting the compensation you deserve. For more information, contact us at Gelman Gelman Wiskow & McCarthy LLC.