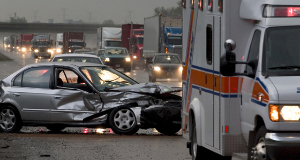 In the United States, car accidents cause an average of 2.35 million injuries and permanent disabilities every year. Many of these injuries are apparent at the scene of the accident, such as lacerations or broken bones.

Why Do Certain Injuries Take Time to Appear?

An injury can be late-appearing for a number of reasons. For example, some injuries take time to appear because:

The most obvious injuries break through the skin. While these injuries can be more dramatic and more visible, they aren’t necessarily more serious than hidden or delayed injuries.

Which Late-Appearing Injuries Are Most Common?

While every car accident is different, the force generated by automotive collisions tends to cause similar injuries in most cases. Traumatic brain injuries, soft tissue injuries, and spinal injuries are the most common late-appearing issues related to car accidents. If you sustained a minor version of any of these three injuries in an accident, be on the lookout for any complications that may be late-appearing.

Traumatic brain injuries can occur whenever the head or the brain sustain impact. The most common and generally most mild TBI is a concussion. However, serious TBIs can cause skull fractures, bleeding in the brain, and other major problems. TBIs usually manifest with confusion and difficulty thinking. These symptoms may be accompanied by nausea, loss of balance, or vision changes.

The vertebrae can be shifted due to the impact of an accident. This shifting may result in whiplash, pinched nerves, or even slipped discs. Most victims of spinal injuries notice intense, localized pain in the injured area.

How Should You Respond to a Late-Appearing Injury?

Any injuries you sustain due to a car accident should be assessed and treated by a medical professional as soon as possible. Not only does immediate medical care reduce the risk of complications, but seeing a doctor quickly creates important records that may be necessary in insurance or personal injury claim proceedings. For at least a month after your accident, pay attention to your symptoms. If you notice a significant change in your symptoms, have your doctor determine whether or not the change represents a late-appearing injury. Just because an injury didn’t show up right away doesn’t mean it isn’t serious. Use the guidelines listed here to respond appropriately to late-appearing injuries after a car accident.

If you were involved in an accident that occurred due to the negligence, recklessness, or illegal behavior of another driver, you may have a personal injury claim. Consult with the experienced car accident attorneys at Gelman Gelman Wiskow & McCarthy LLC to get on the road to recovery.

By ggwmlaw | Published May 2, 2017 | Posted in Uncategorized