Search Site
Menu
Home / Blog / Preventable Medical Errors Are on the Rise: Learn More About the Dangers You Face

Preventable Medical Errors Are on the Rise: Learn More About the Dangers You Face 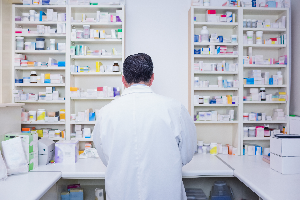 It’s highly likely that there are even more people seriously injured as a result of the same kinds of lapses. If you’re a patient in a hospital, what are some of the most common dangers you face?

It’s estimated that, on average, every day there’s at least one medication error per hospital patient averaging 1.5 million each year. All of these mistakes are preventable. They range from causes like a rushed nurse handing one patient another patient’s medication to introducing a new drug to a patient and then failing to properly observe him or her for adverse reactions.

For example, one type of drug reaction, Stevens-Johnson syndrome, can turn deadly if not treated immediately. Since initial symptoms are flu-like, a patient might not make the connection between the drug and his or her symptoms. Other common problems include failing to communicate drug allergies to the hospital pharmacy or failing to make sure that patients receive their medication in a timely manner to prevent complications.

On average, 1 out of every 25 patients in a hospital has an infection that they acquired while in the facility. Around 75,000 patients with hospital-acquired infections will end up dying as a result, and many of these deaths are preventable when the care teams, physicians, nurses, and support staff are aware of necessary preventative measures and follow them.

For example, central line IVs that administer fluids, antibiotics, and painkillers can end up being deadly sources of infection when they’re left in place too long. They’re often overlooked after their initial use or forgotten about, and they can’t be removed without a doctor’s order. The open lines create a direct pathway for bacteria to enter a patient’s bloodstream. Additionally, catheters that aren’t changed promptly can also be sources of infection.

Hospital-acquired infections can cause an otherwise successful surgery or hospital trip to turn for the worse when the patient picks up pneumonia, a gastrointestinal illness, a bloodstream infection, or a urinary tract infection that turns systemic, among other infections.

A fall sounds like something that just happens, not necessarily a preventable medical error-but they often are medical errors. There are around 11,000 fatal falls in hospitals each year, and many are preventable. Patients who suffer from disorientation due to illness, pain medications, or sleeping aids need to be monitored.

Bed rails need to be used, as well as anti-slip socks and shoes. Monitors can be placed on beds or patients that will alert a nurse if a patient gets out of bed unexpectedly. All too often, these measures aren’t put into place until after the patient has already fallen.

Early identification of a patient’s fall risk could prevent many serious falls. Care should be taken to assess a patient not only when he or she is first admitted but also anytime his or her medication is changed or whenever he or she demonstrates significant changes in mental acuity from illness or medication.

Medical Malpractice Lawsuits Can Help You Recover for Your Losses

The reality is that no one knows exactly how many preventable medical errors take place each year. The records collected by the CDC don’t capture the whole picture, and experts generally agree that such errors are underreported.

While no amount of money can really compensate you if your life has been permanently altered due to a medical error, a medical malpractice claim can help you recover for your financial losses. Some may also partially compensate you for your pain and suffering. To learn more about filing a medical malpractice claim, contact Gelman Gelman Wiskow McCarthy LLC for a consultation, we can help asssess your claim and guide you in the right direction.