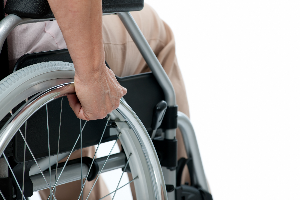 If your elderly loved one currently resides in a nursing home, then you likely trust the staff to keep them in great physical and mental health. Unfortunately, elder abuse happens more often than you might think.

Thankfully, new nursing home laws protecting residents’ rights have been enacted in recent years at the federal level, and these laws can help protect your loved one from many forms of abuse.

Read on to learn about just a few of these new laws and how they can protect your elderly loved one’s physical and mental health.

If you helped your loved one sign intake papers before they began their stay at their new nursing facility, you may have noticed an arbitration clause that informed you and your loved one that you could not sue the nursing facility under any circumstances. Instead, any complaints you had against the facility would have to be settled behind closed doors in arbitration hearings.

A new rule governing all nursing homes that accept payments from Medicaid and/or Medicare — which includes most nursing homes — bans arbitration clauses in nursing home contracts.

This new rule protects your and your loved one’s right to sue the nursing facility when any type of abuse is suspected. No longer will you have to settle complaints behind closed doors, thus increasing your chances of accepting less compensation than you and your loved one deserve.

Several months ago, New Jersey governor Chris Christie signed a bi-partisan bill to ensure that all suspected elder abuse or elder exploitation of any type in nursing homes is promptly reported to police.

The new law was officially enacted in early October of 2017, and it requires all nursing home staff to report suspected abuse to the authorities within 24 hours after noticing signs of abuse. However, if the abuse involves an injury to a resident, then a nursing home staff member must notify the police within two hours of injury discovery.

In the past, employees were only expected to report the suspected abuse to the Office of the Ombudsman for the Institutionalized Elderly, which would then investigate the complaint. However, the office was not required to notify law enforcement concerning the abuse.

If an employee does not report their suspicions to law enforcement in a timely manner, the employee and the nursing home will be subjected to costly fines.

In 2016, New Jersey launched a state-sponsored program called the Safe Care Cam program. This allows state residents to borrow — free of charge — special in-home video-recording devices in order to monitor their elderly loved one’s home caregivers. This program was designed to catch suspected elder abusers on camera so family could have the concrete evidence needed to prosecute the caregiver.

However, until May of 2017, these cameras were only available to New Jersey residents who sought home care for their loved ones. In May, the state officially expanded the program and now loans the cameras out free of charge to family members of New Jersey nursing home residents.

Having one of these cameras installed in your loved one’s nursing home room can help you capture evidence of any abuse or neglect your loved one experiences. This evidence can be used to not only prosecute the offender but also sue the nursing home.

If all or part of your loved one’s nursing home stay is being funded by Medicaid, then you need to know about new federal nursing home regulations enacted in 2016 that stop nursing homes from discharging patients due to simple paperwork holdups.

Before these regulations were put into action, many nursing homes would immediately discharge patients for non-payment of nursing home fees while they were waiting for Medicaid to approve their funding after submitting the required paperwork to the federal program for approval.

Other facilities would engage in a practice called “hospital dumping,” where they would transfer patients enduring these paperwork holdups to hospitals, even when hospital care was not needed. They would then refuse to readmit patients back to the facility after the hospital officially discharged them.

These discharges led to many nursing home residents still in need of around-the-clock care going home, often alone, where their health could quickly plummet or they could even die.

While new nursing home laws are improving the way residents are treated at nursing facilities, the sad truth is that nursing home neglect and abuse is still rampant in New Jersey and throughout the rest of the United States. If you suspect that your loved one is being abused or neglected at their nursing facility, contact Gelman Gelman Wiskow & McCarthy LLC for help.