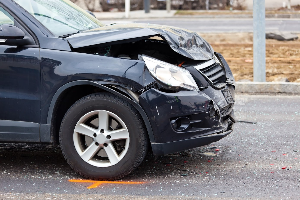 Recently, there’s been an increase in fatalities on the road at a rate that the United States hasn’t seen in half a century.  Because many drivers are causing collisions, some safety advocates are even asking that these situations be referred to as crashes instead of accidents. After all, many crashes happen because of fatal decisions that drivers make to text while driving, drive under the influence, or engage in reckless driving behaviors.

If you are involved in a crash, it may very well be because the driver of the car was similarly at fault, and it is important to follow these tips to ensure that you will be properly compensated for the pain, trauma, and other harm caused by the crash.

If you are well and able to do so, document everything you can about your crash. If you have a phone with a camera, take photographs as documentation of the exact position and condition of cars and other destruction stemming from the crash. Of course, if it is a fatal crash, you’ll want to defer out of respect for the one who has passed away or others who were seriously injured.

Look around for any witnesses, then obtain full contact information from them. Contact the police for further assistance. It is extremely important to document everything that happens. Record your most accurate memory of what caused the crash. Try to pay close attention and later record what happened as soon after the crash as possible.

If your phone has a recording app, you may even dictate what happened right after the accident for future reference. Preserve as much evidence as possible.

Tip #2: Go to the Hospital or Doctor’s Office Immediately

If you have been obviously injured in the car accident, go to the hospital right away. After the crash, paramedics should be called along with the police if any injuries are suspected. Even if you do not have obvious injuries, it is a good idea to go to the doctor to get checked up. Some injuries like whiplash do not present symptoms right away.

Pretending that an injury didn’t happen in the hopes that it will go away just won’t cut it. The sooner you see a medical professional after the car crash, the better position you’ll be in if you end up filing a personal injury claim. If you wait a long time before seeing a doctor, it can be argued that the injuries were not sustained in the accident since medical treatment was not immediately sought.

Don’t stop medical treatment with the initial examination. Even if your injury is not that serious, you deserve optimal medical care. Seek advanced treatment as needed, and ask your doctor about other treatments to support your healing such as physical therapy.

Your doctor may also recommend a specialist, depending on your injury, and you should take all the advice of your doctor. You should do that simply because your doctor has your best interests at heart, and it is also a way to further show the court that you are taking your medical care seriously in the event of a personal injury claim.

Keep in mind that you need to protect yourself and your family at every step of the way. After you are in a crash, contact a personal injury attorney for help right away. Ask the attorney for advice on what you should say and reveal to both the insurance company and the other party that was involved in the crash. By being proactive to take care of yourself in this situation, you can set yourself up for an optimal recovery where you get the compensation you deserve.