3 Steps to Receive Just Compensation in Your Dog Bite Case

We’ve all heard that dogs are a man’s best friend. Whether you grew up reading “Lassie” or watching “Old Yeller,” you know that many dogs are loyal, true friends who can put themselves in harm’s way to protect the humans who care for them. If you’re a dog owner yourself, you obviously love and care about the dogs in your life. 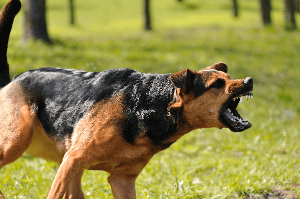 However, not every dog is as well trained as Lassie, and not all owners are as conscientious as they should be about training their dogs. In some unfortunate cases, dogs may attack or hurt another individual.

Because dogs have strong jaws and sharp teeth, their bites can cause a huge amount of physical harm. If you or your loved one were the victim of a dog bite injury, you deserve compensation that will help cover your hospital bills and other expenses (such as lost wages).

While not all personal injury cases go to court—the victim and the negligent party can often settle outside of court—you do need to take several steps to make sure you receive just compensation, no matter what. Read our blog below to learn how to act in the aftermath of a dog attack, and then get in touch with your lawyer to learn more about your specific situation.

Different states have different rules regarding dog bites. A handful of states have a “one-bite” rule, which means that the court will only consider dog owners liable for dog bite injuries if the owner had a reason to believe his or her dog was dangerous.

Other states have dog bite statutes instead of one-bite rules. For example, New Jersey enforces a “strict liability” statute. Under this statute, the dog owner is responsible for the attack—even if he or she didn’t know the dog could be dangerous or if the owner took reasonable measures to protect others from the dog.

If you live in a state with a dog bite statute, you only have to prove:

While some “strict liability” states may absolve the dog owner of responsibility if the injured party provoked the dog first, New Jersey does not. Additionally, you should keep in mind that the statute practiced in New Jersey covers only injuries from dog bites. If a dog injures you in another way, such as knocking you over, you cannot seek compensation through this statute.

The dog bite statutes in different states contain different liability clauses. Your lawyer can talk to you more about the specific laws and statutes that apply in your state.

A dog attack can result in a variety of injuries, some worse than others. However, many victims resist going to the doctor soon after they get injured—they might want to save money on a doctor’s visit, or they might worry that they’re making a mountain out of a molehill.

However, visiting the doctor as soon as possible after an attack can save you money in the long run. If you seek medical attention after an injury, you have a demonstrable record of your injury that you can present to the court. Remember, in a personal injury case, you have to prove that the attack directly caused your injury—it’s difficult, if not impossible, to prove this without a solid medical opinion.

Plus, if you didn’t seek treatment right after the attack, the court can assume that your injury isn’t as severe as you claim it is. As a result of this assessment, they’ll reward you less in damages. 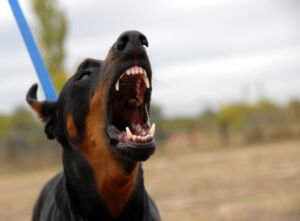 Finally, remember that injuries that seem minor at first might actually be severe. After an injury, your body can flood with adrenaline, which prevents you from feeling major pain until several hours after the accident. You might not realize you have a torn ligament or a broken ankle until a few hours or days have gone by, and if you tried walking on the injured leg, you might have aggravated the problem.

Treat any injuries as soon as possible, and keep detailed records of your injuries and symptoms.

3. File Your Personal Injury Case Before the Deadline

To receive fair compensation for a dog bite injury, you must file a lawsuit within the statute of limitations of your state. In New Jersey, you must file within two years of the date of the dog bite.

Talk to Your Lawyer

Some dogs are naturally aggressive, but most act out because they have negligent owners. If you’re the victim of a dog attack, you shouldn’t have to pay the price for a dog owner’s negligence—he or she should be held responsible.

You’ve already suffered the injuries. Now, it’s time to get the financial compensation you need. If you have questions about your potential dog bite case, get in touch with a lawyer.