Why Do Work Injuries Go Unreported 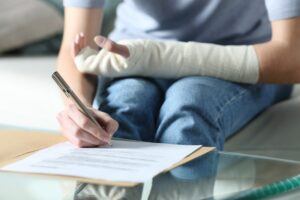 According to several studies, most work injuries aren’t reported to OSHA as required, and many aren’t even reported to management. This OSHA survey indicates that most private companies could not confirm that their OSHA logs are maintained at all. Why would this be? Let’s take a look at a few main causes.

Many injuries don’t immediately show symptoms or seem serious. For example, soft tissue injuries and traumatic brain injuries may have delayed symptoms that aren’t clear until days or weeks after they occur. Workers should not assume an injury isn’t serious enough to seek medical attention, report the incident, and file a workers’ compensation claim.

One common reason why work injuries go unreported is fear of disapproval from management. Workers may fear being disfavored at work, such as being given a less-desirable schedule or shift, being passed over for a raise or promotion, being moved to a lesser position, or even losing their job. If you think this may have happened to you, contact a workers comp attorney as soon as possible.

While employers have a duty to educate their workers on how to report workplace injuries, it’s a sad fact that many employees in New Jersey are not clear on how the process is supposed to work. They might not know how to properly submit an injury report, or which injuries need to be reported. While some employers have instituted incentive programs that reward employees and supervisors for reducing workplace injury rates, some employers intentionally do not educate their workers about the reporting process, in order to avoid financial consequences.

The team at Gelman Gelman Wiskow & McCarthy LLC can guide you through the workers compensation system in New Jersey. We have 65 years of combined experience helping our clients receive the maximum benefits as quickly as possible, whether through workers comp, a personal injury lawsuit, or other avenues. Contact us at 862-205-5125 today to schedule your free, one-hour consultation. A Spanish translator is available upon request.