What Happens After Winning a Personal Injury Trial? 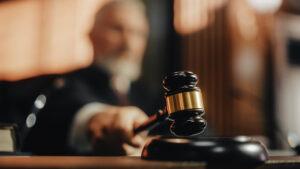 Courtroom drama is a popular film and television genre that tells stories related to the justice system. In virtually every movie and TV show on this topic, the story wraps up immediately after the jury returns a verdict. This inaccurate depiction of legal trials suggests that the case ends the moment the jury finds the defendant innocent in guilty.

In real-life personal injury trials, the losing party has the right to appeal the decision to a higher court. The post-verdict appeals process is highly complex, expensive, and fraught with risk. Learn more about what happens after a legal trial and why it’s often best to seek a settlement in your personal injury case instead of going through the court system.

When a defendant loses, they may immediately attempt to undermine or completely overturn the jury verdict. This often begins with the defense attorney requesting that the court take particular actions, known as making a motion, which may include the following:

The defense attorney may make the initial motions orally immediately after the jury reads its verdict. This tells you whether you have months or potentially years of appeals ahead of you. Appellate courts have the authority to modify or even reverse the decision of a lower trial court, putting your triumph in jeopardy.

The defendant doesn’t have to pay the damages the court awarded you while the post-trial motions and appeals are pending. Payment is only required after a final judgment is made in an appellate court, and the amount might be smaller than what the original jury decided. This messy, drawn-out process could leave you waiting for years, wondering if you’ll actually receive the money you deserve.

Obtain a Settlement Whenever Possible

For the reasons explained above, most personal injury law firms recommend pursuing a settlement rather than proceeding through a jury verdict and appellate court. After all, settlements can almost never be appealed, meaning you get your money faster and with far less hassle.

If you’re seeking justice by filing a lawsuit, come to Gelman Gelman Wiskow & McCarthy LLC for exceptional legal representation. We have over 70 years of experience as a personal injury attorney in New Jersey. Our team will help you obtain a settlement, but if that’s not successful, we’ll seek justice through the court system. Call us today at 862-263-0770 or contact us online to schedule your free, one-hour consultation. A Spanish translator is available upon request.