Are Drunk Drivers Automatically at Fault After a Car Crash? 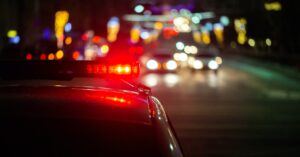 Everyone knows they shouldn’t drink and drive, yet countless people still get behind the wheel while intoxicated. As a result, over 10,000 people lose their lives—and hundreds of thousands more are injured—in drunk-driving accidents each year in the United States. This accounts for about one-third of all US traffic crash fatalities.

When a drunk driver is involved in a car accident, the initial assumption is that they caused the crash. After all, alcohol reduces reaction time, impairs vision, lowers concentration, and leads to coordination problems. This may have you wondering—are drunk drivers automatically at fault after a car crash?

Even minimal levels of alcohol can cause impairment behind the wheel. Still, a driver is only considered “under the influence” and may receive a DUI charge if their blood alcohol concentration (BAC) is over 0.08%. Driving While Impaired (DWI) is another criminal charge that intoxicated drivers may receive in some states, but in New Jersey, there is no difference between DUI and DWI. Be aware that underage drinkers can receive a DUI for a BAC level as low as 0.01%.

A DUI is a criminal charge that drunk drivers receive for operating a motor vehicle while impaired. However, it has no bearing on what part the drunk driver played in the accident. They may, in fact, not be at fault, despite their lack of sobriety.

Finding Fault after a Car Crash

Filing a claim with your car insurance company triggers an investigation into the events surrounding the accident. The adjuster assigned to the case may speak with drivers and witnesses, examine medical reports, assess vehicle damage, and more to determine who caused the accident.

During the investigation, the adjuster considers if either driver failed to follow traffic laws. Consider a drunk driver who has the right of way while turning right at a green light. A sober driver turns left from the opposite direction and sideswipes the drunk driver’s car. In this case, the sober driver may carry a significant portion of the blame.

If you have been injured in a drunk driving accident, we recommend speaking with a car accident lawyer, regardless of who was at fault. Speaking with an attorney is the best way to protect your rights and interests. You also increase your chance of receiving the compensation you deserve when a legal professional advocates for you.

Contact Gelman Gelman Wiskow & McCarthy LLC at 862-263-0770 today for a free consultation. We would be happy to discuss the circumstances surrounding your car accident and answer any questions you have.